For over 99% of our history, we humans lived as hunters and gatherers, during glacial and interglacial phases. From both Homo erectus and Neanderthals impressive evidence of their hunting skills has survived. The Schöningen site in Lower Saxony is internationally known for the oldest hunting weapons that have been found worldwide. The fire-hardened spears were used in a communal hunt for wild horses.

In Saxony-Anhalt, the well-known sites Neumark-Nord 1 and Gröbern belong to this phase of human history.

From a climatic perspective, we live in the warm phase of an ice age that has lasted for around 2.6 million years. The polar ice caps are characteristic of this. The last ›Ice Age‹ ended a good 12,000 years ago. At the height of the glaciation, mighty glaciers moved across large parts of Northern Europe. Such advances came as far as the Saale or Elster rivers. Humans and animals adapted to both cold and warm periods or looked for other habitats. For example, certain animals, such as the mammoth, did not stay on in Central Europe during extremely warm phases, but probably withdrew to the temperate and cold regions of the Asian continent. Humans were also mobile, but thanks to mental abilities they could develop strategies which helped them to survive in extremes. This phase in human history was subject of our previous special exhibition »Climate Powers – Driving Force of Evolution«. 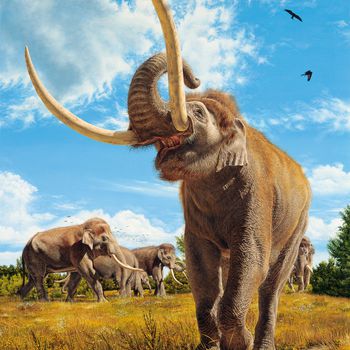 The land of the elephants of Neumark-Nord 1 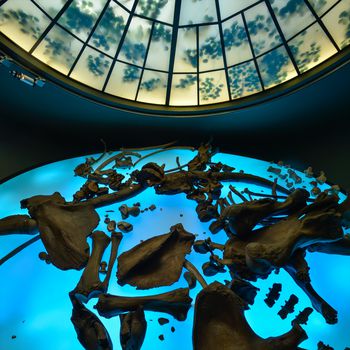