In the first section of the exhibition you go to the roots of European human history. The Early Stone Age (Palaeolithic) is the era of hunters and gatherers. It is the longest and at the same time the decisive phase of human evolution. When dealing with the natural environment, prehistoric humans again and again had to react appropriately to new challenges. In that age, the specific abilities of humans developed, such as physical endurance, mental agility, creativity, and complex community behaviour. Many aspects of our behaviour as well as our physical and psychological needs are the legacy of the primeval foragers. The key to an intrinsic understanding of humans lies in the Early Stone Age.

Our Palaeolithic collection is one of the oldest and most extensive of its kind in Europe. Some of the most famous inventories from sites such as Bilzingsleben, Neumark-Nord, Weimar-Ehringsdorf, Gröbern, Königsaue, and Ranis can be seen here.

The almost worldwide distribution of humans is a legacy of the Palaeolithic Age. This expansion would never have succeeded from biological adaptation alone. All other creatures are restricted in their spread by ecological factors such as climate or food specialisation. Thanks to their intellect and their manual dexterity, however, the prehistoric humans opened up ever new, even unfavourable and unfamiliar, habitats. The conscious confrontation with the respective environmental conditions required mental flexibility, social organisation, and a complex ability to communicate. The prehistoric humans developed techniques and tactics to nourish and warm themselves, and to exchange their acquired knowledge and skills. With their strategies, they began to make themselves independent of nature. Going beyond mere individual survival, they laid the foundations of human culture.

In our film tour ›Museum exklusiv‹ with museum director Harald Meller, the ›Bilzingsleben‹ site and the Palaeolithic are the topics of the episodes (in German only): 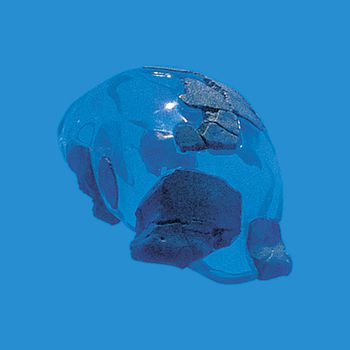 The first humans in Central Germany 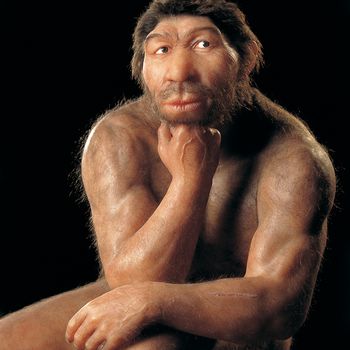 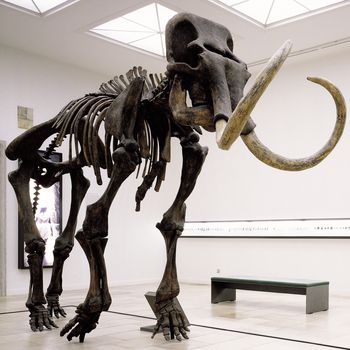